One of the most common cameo subjects, the Three Graces are some of the many children of Zeus. Who their mother is varies by the teller of the tale. Eurynome, the oceanid daughter of Oceanus and Tethys, is a popular choice; Eunomia (good law, civil order), a sister of the Hours and one of the threesome sometimes called the second generation Hours, is another top candidate. They are the embodiments of beauty, charm, grace, and enjoyment of a peaceful life. As such they are usually depicted as part of the larger household of Venus, as the qualities who attend her, or, less commonly, attached to Juno.

Aglaia/Aglaea (splendor, glory) is also known simply as Charis, Charity, and was said to have been married to Vulcan, in the pairing of opposites his marriage to Venus also represents. Her sisters, Euphrosyne (mirth, happiness) and Thalia/Thaleia (translations vary, but sum up as generosity, hospitality) would probably throw a very nice dinner party, graciously seeing to it that everyone was having fun and enough to eat. 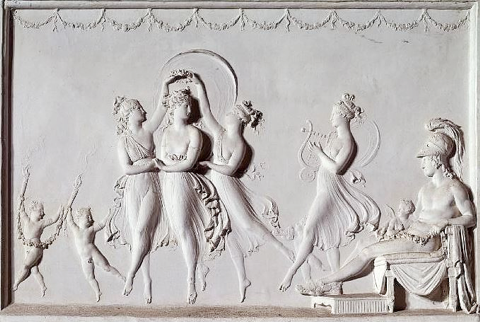 On cameos the trio mainly appear in one of three compositions, based on original work in other media. Antonio Canova’s paintings and sculptures inspired many cameo compositions. Detail from his bas-relief The Graces and Venus Dance Before Mars is the ubiquitous version of this subject. 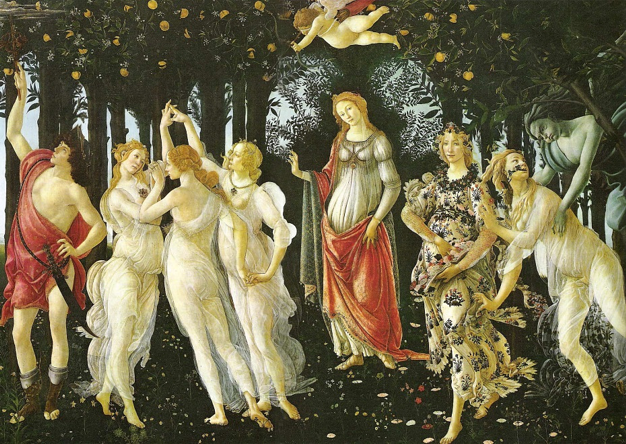 A detail from Sandro Botticelli’s La Primavera (The Spring) was another major influence. 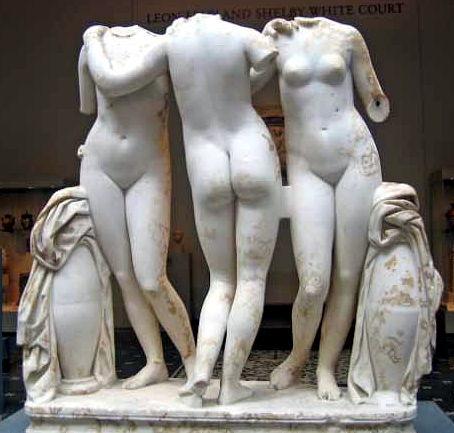 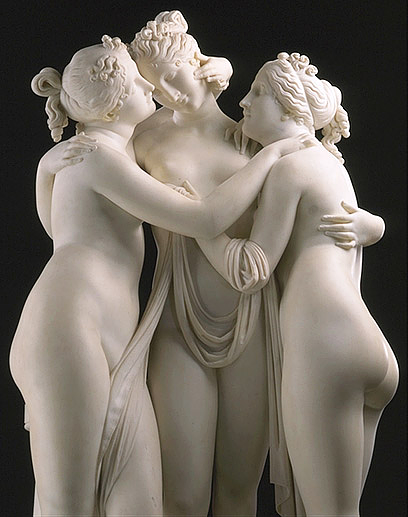 Canova, Bertel Thorvaldsen, and many others were inspired by ancient Greek and Roman sculptural work in their own reliefs and free standing pieces. These are two other well-known presentations of the Graces in all their glory.

The Greeks had a word specifically for this particular grace: callipygous (having beautiful buttocks). It is one of Aphrodite’s epithets.

Because three full figures is a lot to get onto an average sized cameo brooch or pendant, these are rarely done well. Quality ranges widely, rarely approaching “museum quality”, but there are some good specimens.


Feet, hands and elbows are particularly good points to examine when determining the quality of a Three Graces piece.

As residents of the same household, it is natural that the Graces and Cupid would sometimes be together. Like big sisters with a mischievous little brother, they are to be seen getting even by tickling his nose while he sleeps (Eginton), pretending to clip his wings (Picou), or disarming the napping boy. 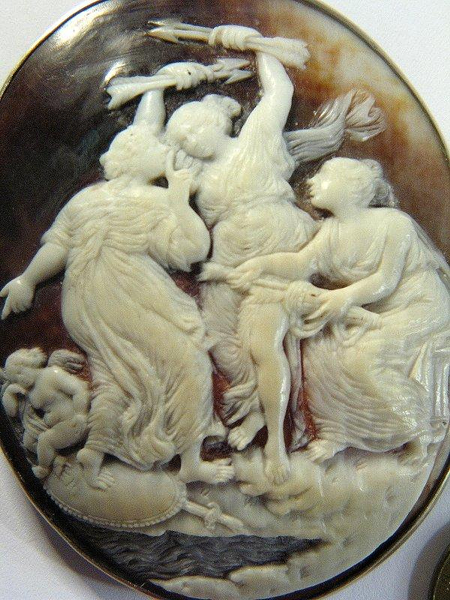 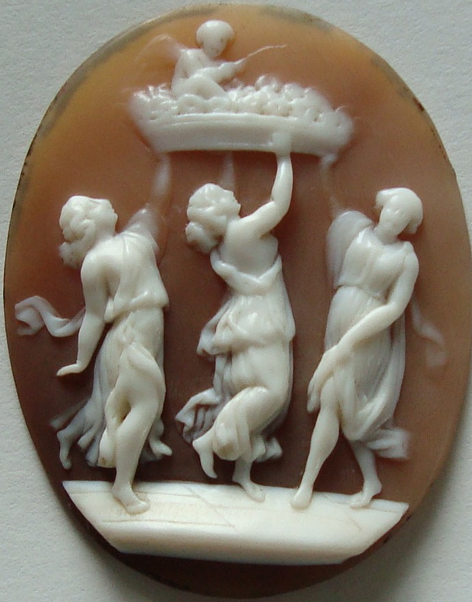 But, like loving siblings, they also listen to his musical efforts (Thorvaldsen) and even play the part of the rolling sea while he pretends to fish.

The Graces are not always to be found in the vicinity of Venus. Thorvaldsen imagined them as a natural part of the cultured company entertained by Apollo on Mt. Helicon. 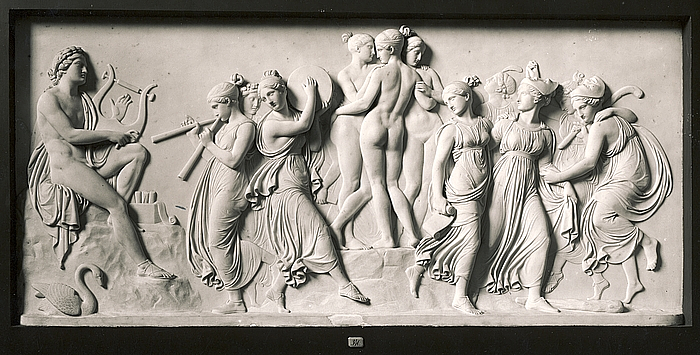 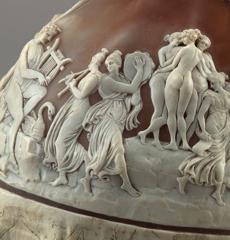